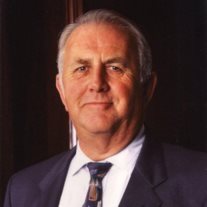 Past ESLA President (2001-2004) Albert Walter Wagner, 83, of Rapid City passed away on Friday, October 3, 2014 at Munson Hospice House. Al was born March 28, 1931 in Ann Arbor, Michigan to the late Albert and Wynifred (Walter) Wagner. He attended Knox College and later graduated from Michigan State University with a Bachelor of Science degree. Al married Joan Metcalfe on June 28, 1952 in Chicago, IL. He then proudly served his country in Japan as a 2nd Lieutenant in the U.S. Army.

“Big Al”, also known as Sandy during his childhood, was a consistent supporter of ESLA. During his extended three year President’s term, he provided able leadership and direction for ESLA. He will be remembered for his energetic and outspoken guidance combined with his concern for protecting the Elk-Skegemog watershed. He also served as Newsletter Editor. After his presidency, he continued to be active and supportive of ESLA. Al also was a member of the Milton Township planning board. He was always willing to lend a hand and provide assistance.

Al had a long career in the automobile industry. Early in his career, he was an Edsel dealer. He went on to work for Chrysler Corporation for 22 years. In 1984, Al joined Toyota Motor Sales, USA, Inc. and retired as Senior Vice President in 1997. Upon retirement, he and Joan moved from Rolling Hills Estates, CA to the home that they built on Elk Lake.

Al is survived by his loving wife of 62 years, Joan, and two sons: Steven (Elizabeth) Wagner and Andrew (Suzanne Boucher) Wagner. Also surviving are two sisters: Grace (James) Birney and Wynifred Grzibowski. He was preceded in death by a sister, Virginia Farmer, and two brothers-in-law: Robert Farmer and Joseph Grzibowski.

Editor’s note—Al’s father, who also retired from the auto industry, built a home at Rex Terrace during the 1960’s and Al and his family spent many summers there, as did I. I expect it was during that time that AL developed his appreciation for Elk Lake and northern Michigan. Since Al was 16 years older than me, I didn’t have the opportunity to know him during the years when his family was at Rex Terrace. It wasn’t until I became ESLA President in 2006 that we became friends. He was instrumental in introducing me to the many local organizations and people who a new ESLA President needed to know. In private conversation with Al, you never wondered about what he really thought about someone or something. While he was straightforward and often vigorous in expression of his ideas, he also always was open to listening to the “other side”. I found his insights helpful and often consistent with mine. I learned that if I needed help or understanding that AL would be there to support me and ESLA. I will miss him.

During this past (2014) year our ESLA community has lost four men who contributed greatly to the aims of our organization; Warren Goodell, Leonard Kline, Terry Snowday, and Duane Wamsley. Warren established ESLA‘s first electronic membership database and was the long time ESLA liaison to many other environmental organizations in the Grand Traverse Area. Leonard provided a watchful eye over the Elk Rapids Dam when maintaining correct lake levels was a major concern. Terry promoted well the concerns of those riparians who lived in the Miami Beach area of Zone C. Duane was always the first Director to volunteer for ad hoc assignments that he always completed effectively. These men were all consistent attendees at ESLA Board Meetings and provided innovative approaches and great wisdom. They will be missed in many ways.